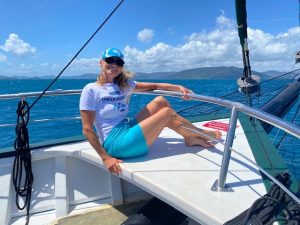 Within minutes of learning about the Reef Ecologic Coral Expedition, our trainer lost us to our mobile devices as we scrambled to book this amazing opportunity to volunteer and learn the methods of coral reef restoration firsthand with Nathan Cook from Reef Ecologic. The excitement was palpable in the classroom, and our emotions did not wane as we set up our chat group and the messages continued to run wild until we arrived ready our adventure!

We are the ‘Marine Habitat Conservation and Restoration’ students at Envirotech Education, Gold Coast. Our amazing and inspirational trainer is Maria Fontes, Phd. 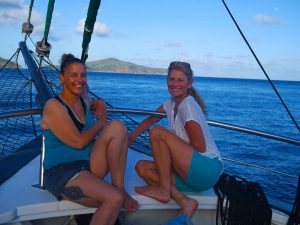 We decided to drive to Airlie Beach from the Gold Coast, a road trip with much fun, laughter, vehicle drama and adrenaline filled excitement. When we finally 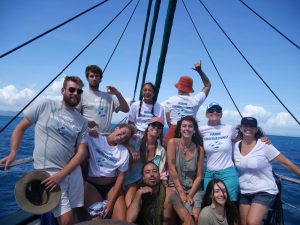 arrived at the Coral Sea Marina in Airlie Beach, Whitsundays, exhausted, hot and sweaty (well some of us), we couldn’t believe we were here, ready to board the boat, ‘New Horizon’, our home for the next three nights.

Our Reef Ecologic trip leader, Nathan, welcomed us on board as the boat crew pulled away from the dock into the beautiful milky turquoise waters of the bay, and beyond, to our reef planting locations just off Hayman Island. As we cruised on a perfect warm and sunny Queensland afternoon, Nathan briefed us on what was in store for us in the next three days. It was one of those moments in life when you pinch yourself and think ‘Am I really here or is this a dream?’ As we pulled up anchor in the idealic Blue Pearl Bay, we quickly jumped into stinger suits, and into the water to swim and use the paddle boards carried onboard.

The next morning we woke early, and up on the deck by 7am. Some of us were delegated to SCUBA diving with Nathan to start the coral restoration underwater, and the rest of us were taken to the beach by the boat’s tender with all our masses of gear. There we would spend the morning learning how to ‘plant’ coral. 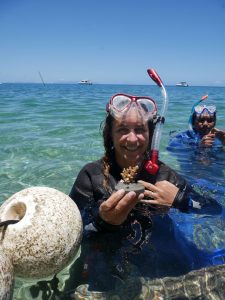 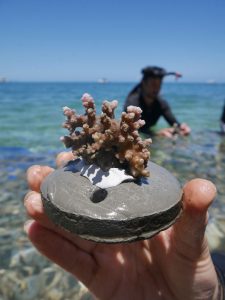 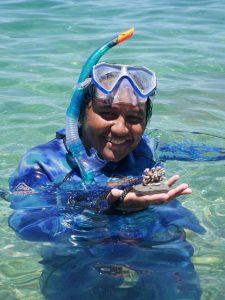 Earlier, Nathan had collected coral samples from an area where he has a permit to do so, and keeping the coral pieces alive in a large tub with sea water, we were instructed to break the coral chunks into smaller pieces. This was a totally counter intuitive action, as we are always told to not touch anything underwater, much less break it! It hurt me to break the coral chunks, but I understood why we were doing it. When coral fragments are broken off from the colony, in most cases, given the right conditions, the pieces are able to survive and grow to create their own communities. 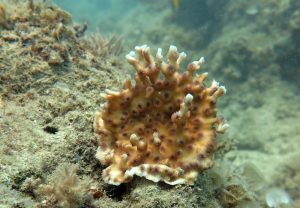 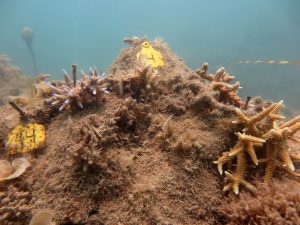 A confusing fact about corals is that they are animals, not plants as one may suspect. Each colony is made up of thousands of tiny polyps that each live inside tiny ‘holes’ within a skeleton made of calcium carbonate. Each one of these tiny polyps is an animal living within a community that we see as one unit, hence confuse it as a plant. These polyps have a symbiotic relationship with even smaller organisms called zoozanthelae that photosynthesise, and act as protection, provide colour and a source of food for the polyps. When the surrounding sea water temperature rises due to global warming, these zoozanthelae are expelled by the polyps, thus causing the calcium skeleton to be exposed in a phenomenon widely known as ‘coral bleaching’.

In 2017, cyclone Debbie caused tremendous destruction of many coral reef sections in the Whitsundays. This is why the team at Reef Ecologic have established coral reef restoration practices at two popular tourist snorkelling locations, one at Blue Pearl Bay and the other at Manta Ray Bay, both offshore from Hayman and Hook islands.

On the beach, Nathan produced a bucket filled with premade donut shaped and sized concrete discs which would form the base of each coral piece to be planted. We learnt how to mix concrete in just the correct consistency to hold the little fragments of coral in the hole of the ‘donut’ disc while the cement was still wet. This is one method of ‘coral planting’ used by Reef Ecologic. The other method Nathan taught us, was using lengths of rope approximately 4 metres long, and attaching bits of coral as we untwisted the rope in small sections to hold the coral in place, with approximately 10 to 15 pieces per rope. These ropes were then attached to a large rectangular frame located underwater in the location where eventually the successful coral pieces would be attached to the rock at a later date. This job was done by us with Nathan’s guidance with SCUBA tanks. 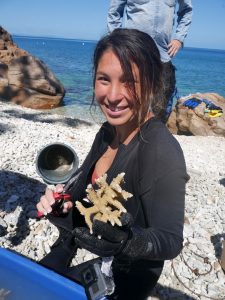 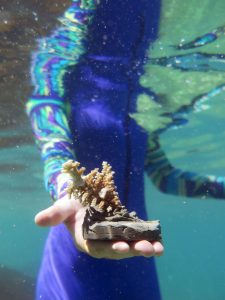 Similarly, the ‘donut’ discs were also attached onto a mesh within large rectangular frames. We were able to complete this job on the shore with the frame slightly submerged to keep the coral polyps alive. We then towed the entire frame to the underwater nursery where the other corals on ropes were located.

Along with these ‘planting’ tasks, we were also taught how to take photo samples within quadrats (previously measured specified locations within the restoration area). This we also did with SCUBA tanks led by Nathan’s team, Gemma and Al. We also completed weeding tasks, removing algae growth from the specified restoration areas. Most previously planted corals have an identification tag located next to them. We were given the task of locating these small tags, that in most cases were thickly covered in algae and difficult to find. We used scrubbing brushes to remove the algae from the tags, expose the number, and with an underwater monitoring sheet, we noted the condition of each coral.

The entire coral planting process is detailed, time consuming and labour intensive. We loved every minute of it! At the beginning and end of the trip, Nathan posed a question to us which roughly said, “If you were involved in a project that had marginal success rates, with major effort, would you still continue on with it?” We replied with a resounding, confident and loud YES at the end of our trip! This is because what we learned through Nathan and his team, was invaluable to us as Marine Conservation students, giving us a better understanding of how fragile coral reefs are to our current way of modern life as we continue to pollute the planet with carbon emissions. Nathan and his team are a source of great inspiration to us all, with their passion and undeterred commitment to make a difference in restoring coral reefs to create a more diverse underwater biome, in turn building a more beautiful reef attracting fish and life to the reef for tourists to enjoy. 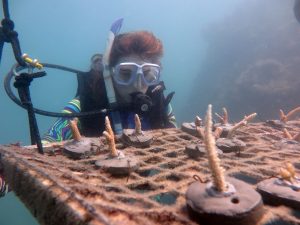 Tourism is a major source of income for those living and working in the Whitsundays and beyond. Along with most tour operators, we can all spread the word to the wider communities educating people on the effects that our daily lives on land have on these tiny coral polyps. 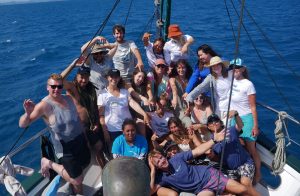 Coral planting is only a part of the solution, where reducing global carbon emissions is another major part. We can all make small changes in our daily lives to reduce carbon emissions and in turn reduce the frequency of these coral bleaching events. As consumers, we must be conscious of everything we buy. We must also write to our local governments to encourage them to make the changes necessary on a larger scale. This is a topic for another article.

However, suffice it to say that this coral planting trip with Nathan, Gemma, Anika, and Al, was an amazing opportunity not to be missed that inspired us to spread the word for healthier reefs and our planet. So YES, it is totally worth the time and effort, and I know most of us can’t wait for the next expedition! 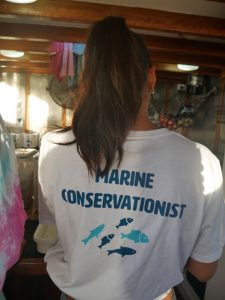 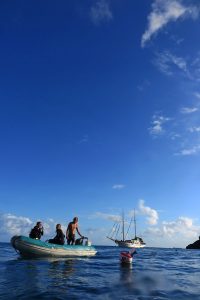 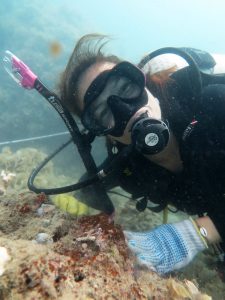 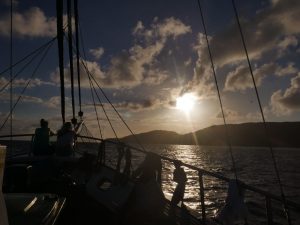 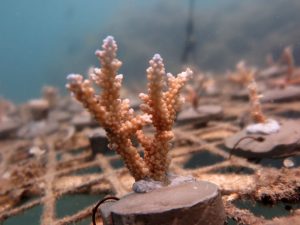