Diving in Data Analysis to Explore the World Coral Reefs

During the last month restrictions resulting from the COVID-19 outbreak in Queensland, we have had limited opportunities to head out on the water. The persistent strong wind we had in the past weeks was not in our favour as well. But there is always a project to work on with Reef Ecologic, and I am seeing these setbacks as an opportunity to work on their data for future publications. So, I just went back to my usual life, in a lush tropical environment, but the same old beloved science and pc-dedicated life.

My internship proceeds well, even with coronavirus restrictions, I had the chance to perform two days of fieldwork to assess the conditions of several coral nurseries in the Whitsundays Islands. I also had the opportunity to learn how to drive small boats which have always been a dream of mine.

It was a nice break from my desk work, which is currently focusing on the development of an environmental baseline report for Kanton Island, located in the Phoenix Islands Archipelago in Kiribati. The US Navy used this atoll as a stopover during travels to Australia and New Zealand during World War II, leaving behind airfields, roads and ports that haven’t been used since. After the war, the Kiribati government has been receiving 1/3 of its earnings from selling fishing licenses, but after the Phoenix Islands archipelago has been declared Protected Area a new source of income was needed. Thus, Kanton Island inhabitants decided to evaluate its potential for eco-tourism activities, and the possibility to restore WWII infrastructures. To avoid the destructive impact of these interventions on the island environment, the local government commissioned the development of a baseline report and a management plan for natural resources and infrastructures. 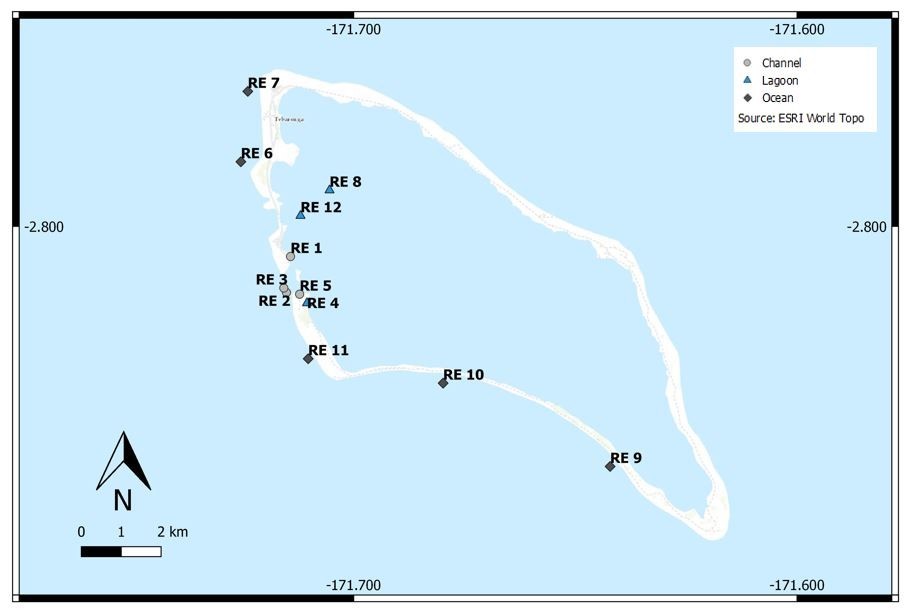 Map of Kanton Island, with sites from Reef Ecologic surveys (2017) and classification in environmental categories lagoon, channel and ocean.

In the past three weeks, I have been diving into the data from this island in the middle of the Pacific Ocean. While analysing surveys I have discovered clear zonation of coral and fish communities between the atoll lagoon, the outer reef and the narrow channel that links them. Sites in the lagoon in proximity (2km) to the channel and the channel environment hosted an overwhelming coral cover (54.6%), composed mainly by tabular Acropora. Exposed sites in the open ocean had a prevalence of massive and submassive colonies instead. A comparison of the results of Reef Ecologic surveys with previous reports highlighted the resiliency of the coral community in Kanton. The coral in oceanic sites, protected from the prolonged heat by oceanic circulation, was able to survive a massive bleaching event which reduced coral cover to almost zero inside the lagoon in 2005. In only ten years, the income of coral larvae from the coral survivors in oceanic sites was able to regenerate the reef until its original coverture even in the lagoon environment. With a community shift towards more bleaching-resilient coral genera, the coral reef of Kanton Island also easily overcame the massive bleaching event of 2015-2016. This little atoll not only shows an incredibly resilient coral community, but it also hosts an overwhelming number of fisheries targeted species, such as the Maori wrasse which has been sighted 43 times during the study surveys. Also, dogtooth tuna have been observed again in the waters around the island after the declaration of the marine protected area. Other than big predators and fisheries targeted species, Kanton is home of other ecologically important fish families, such as parrotfish. A high number of juveniles was found in the lagoon, whereas most of the adults were identified in the outer reef, suggesting the nursery potential of this environment. These are not the only results of the policy shift within the waters of Kanton. While swimming in the lagoon it is possible to see several species of reef sharks; from the common blacktips and whitetips reef sharks, to rarer species such as the tawny nurse shark. They seem to prefer the shallow lagoon waters during the day, so that the heat of the sun can help their metabolism and digestion, before their hunting activities starts at dusk. Also, small reef manta rays were sighted in the lagoon near the channel, which made us speculate that this sheltered area could be used as nursery and protection, not only by small fish but also by bigger pelagic species. 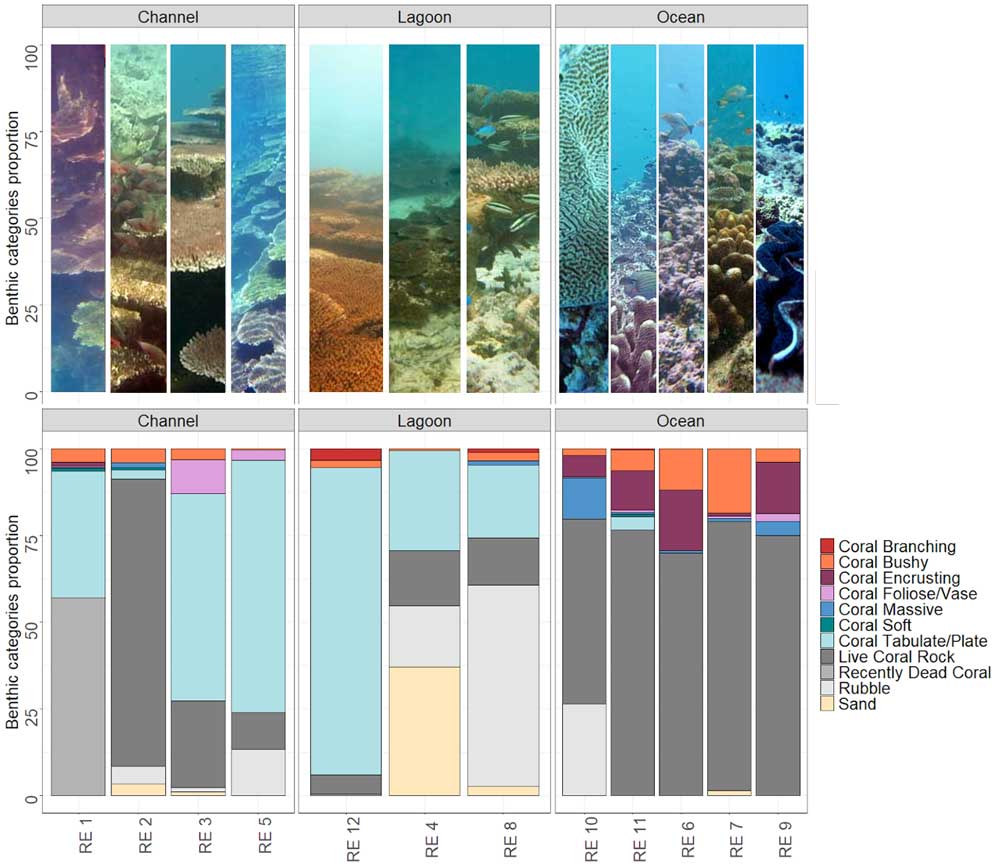 Doing desk-based research gave me the opportunity to “explore” most of the coral reefs of the world for free, from my hometown in Italy and during my MSc in the UK. Analysing data tells a story about the place you are studying. Watching a graph or making one will leave you the freedom to convert those bars, boxes or points into the frame of a coral reef that you have never seen with your eyes. It is like when you read a book instead of watching a movie, you can shape the characters in your mind thanks to the author description.